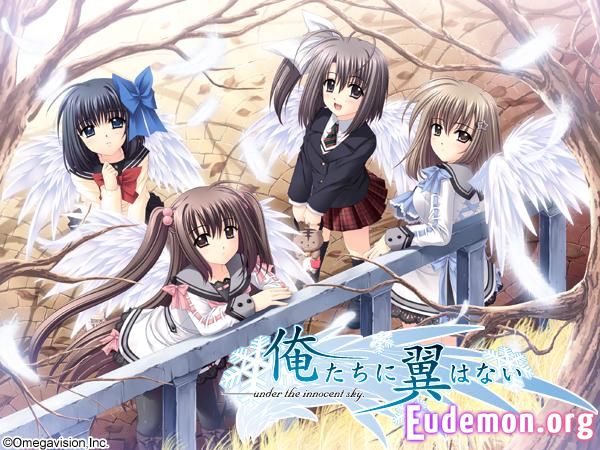 Not an old-fashioned plot, at least won't make you bored

the people's reactions to the hero are childish, but it does make sense cause it's from a rpg video game

In the end all personalities joint together

I would say this type of drawing is not my favorite, the characters' outlines somehow make you feel the same

Songs are good, I especially like the insert songs from

It's winter in the big city of Yanagihara, and young people will meet and fall in love. Takashi is a boy who plans to escape to another world, but is held back by thoughts of his younger sister Kobato and girlfriend Asuka. Shusuke is a poor part-timer who has to work with student-author Hiyoko in spite of their initial dislike for each other. The antisocial Hayato makes his living as a handyman until he is visited by a girl named Naru.