Since I have owned many other headphones currently and in the past, I feel that I should have a good taste of the audio world 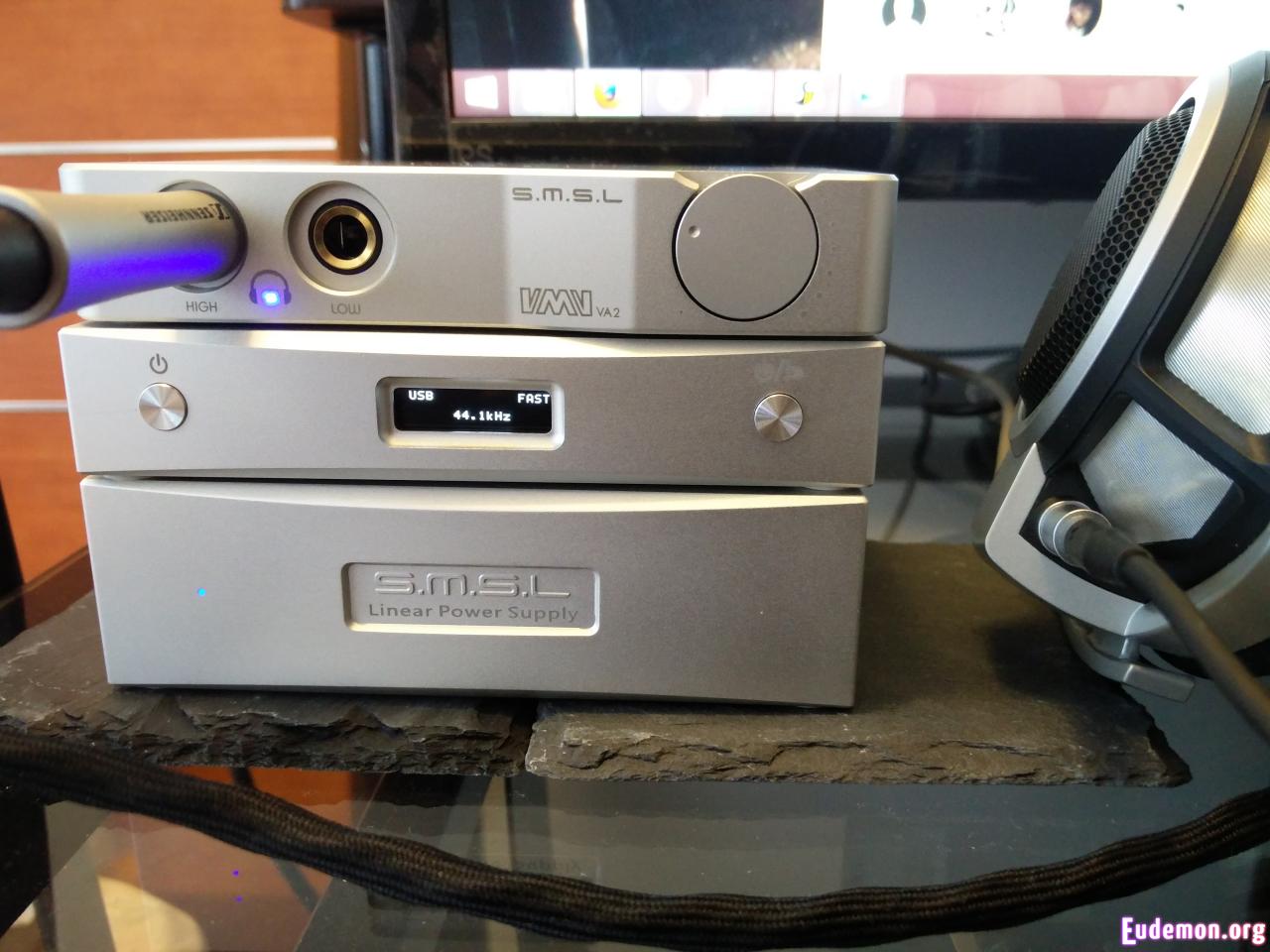 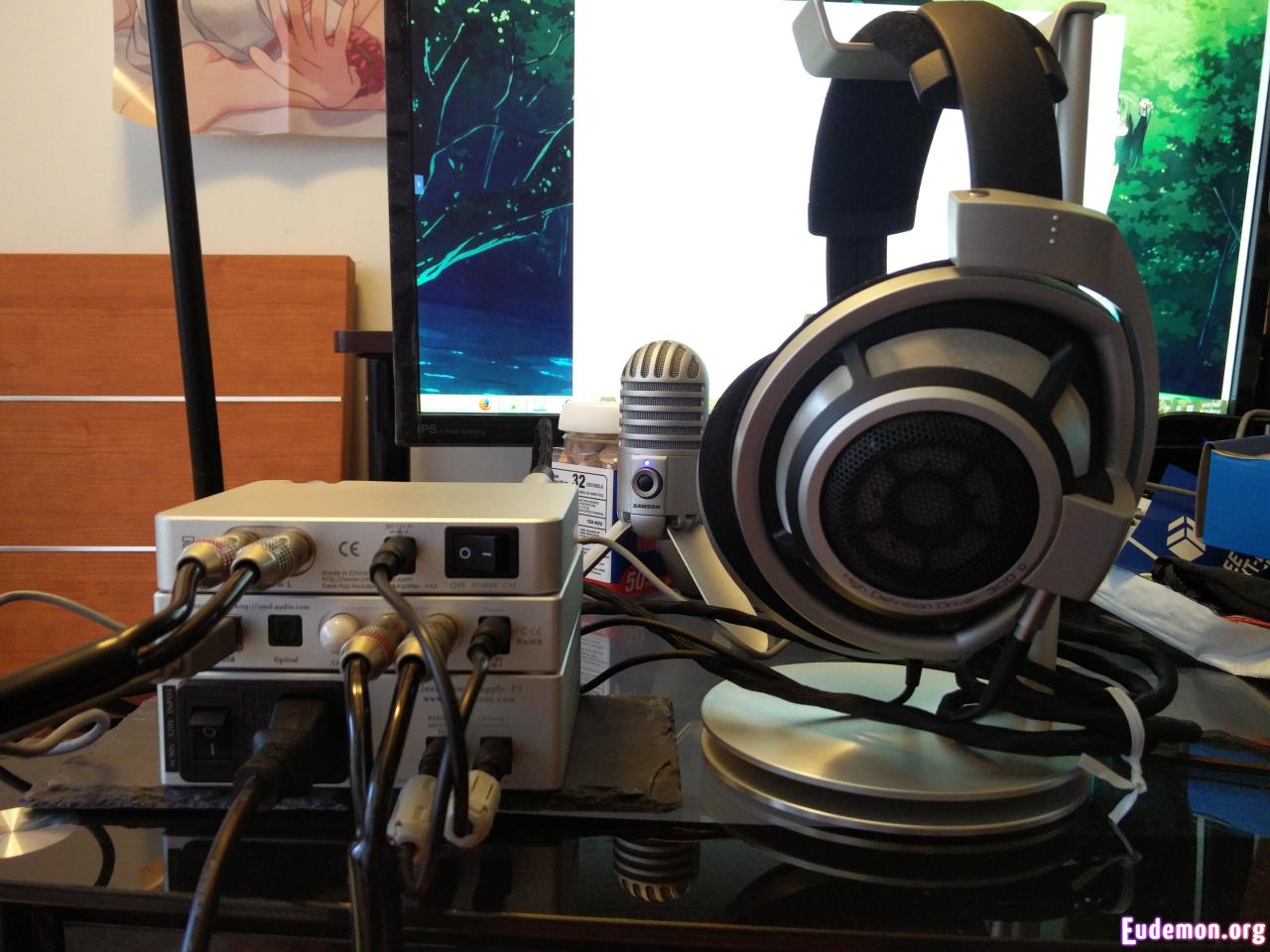 This is the SMSL stack consists of power supply, DAC and AMP 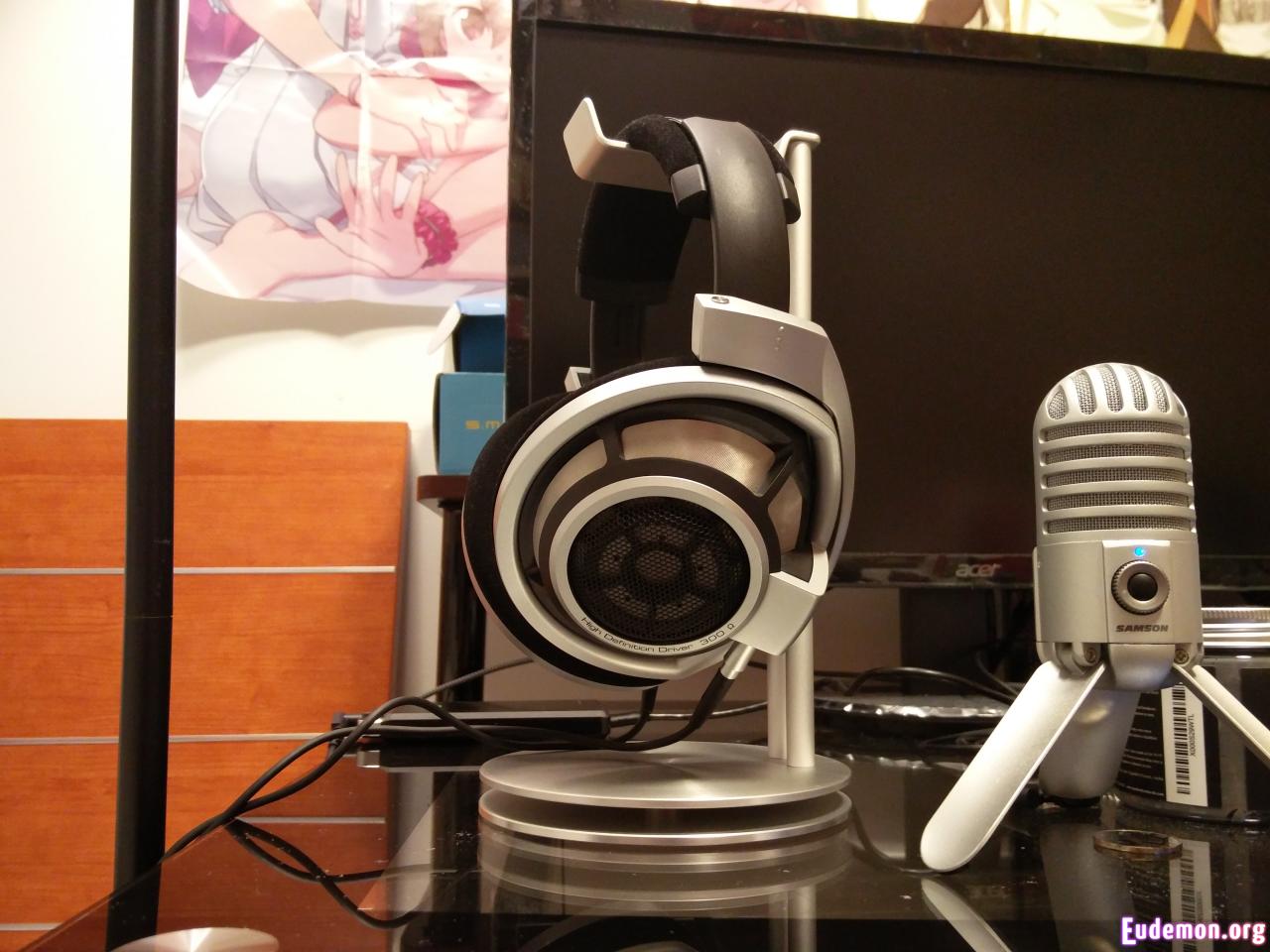 Til today it is still considered by many, the best dynamic headphone in the world

despite those two being over 20 years old, many still recommend them as one of the best entry level

Now back to the HD800 impressions

The sound is crystal clear and accurate, use it to listen to music I have been listening for many time before and I would notice some details that I have never heard before

Being a neutral headphone, suitable for almost any type of music

No matter low, mid or treble, the headphone outputs amazing sound from whatever you throw at it

This is very AMP picky headphone for very good reason, because it will show every single detail so having a bad source will give you same result (also poor recording as well)

And I was skeptical when people told me you can hear the differences in bad recording VS master recording, I sincerely believe it now after listened to this phone

even though you can drive it with your smartphone，but to get the best performance out of this pair of cans, you will need a dedicated setup 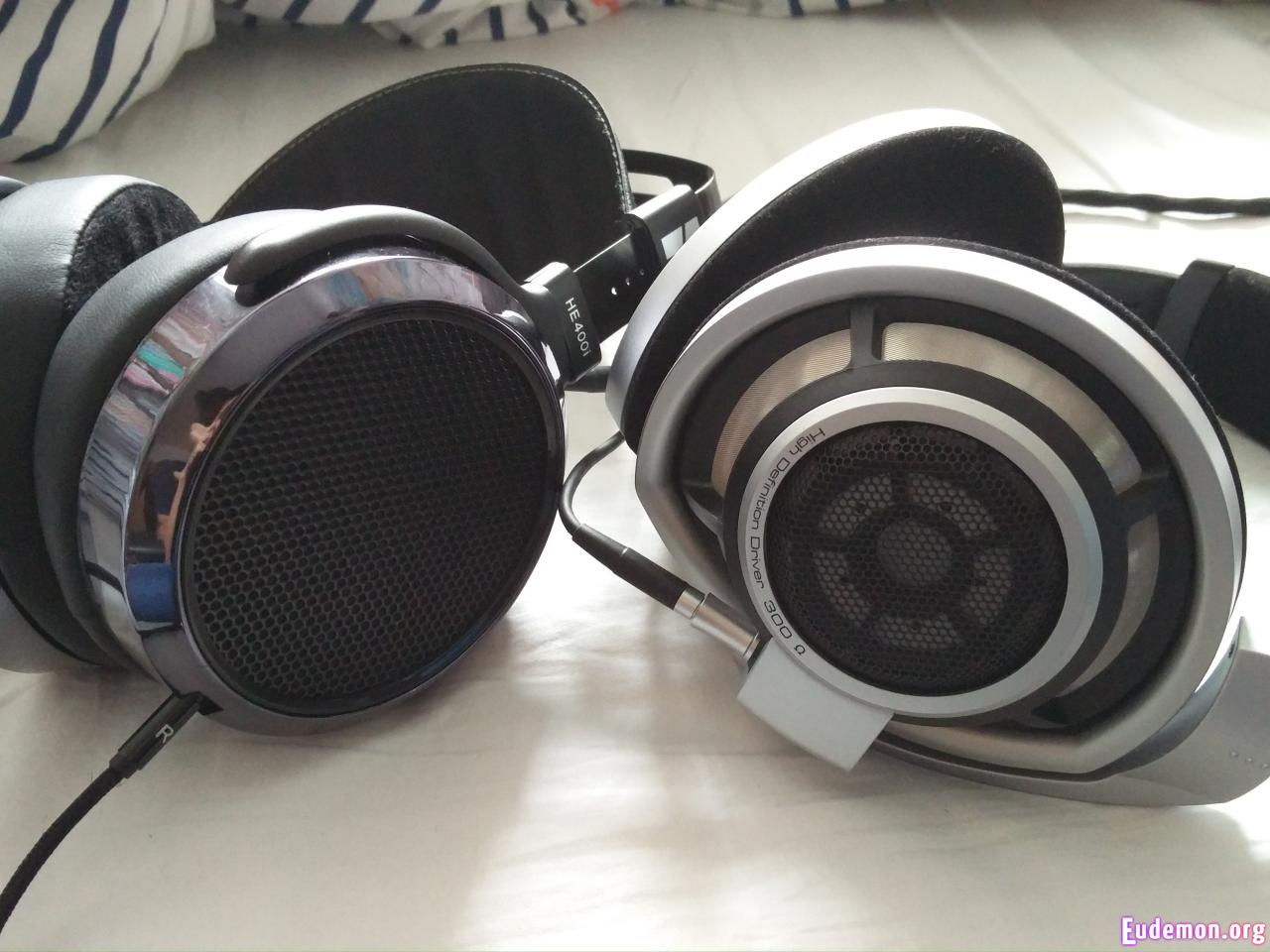 HD800 A/B compare against HE-400i (It is not a fair comparison, more like if you upgrade here is the main difference you will get)

Despite both headphones are fully open back design, meaning if I talk to someone while having them on my head, I would be able to hear every single word like I am not wearing anything at all

So in comparison, the HE400i sounds narrow

both headphones have great charity but unlike the HE400i

In comparison, when female vocals reach their highest point, that impact is missing in the HE400i, while it is well presented in the HD800

In regard to this, I have to talk a little bit about myself, I love Japanese Anime and the shows are very much female voice centered

At comfort stage, HD800 is little lighter than HE400i in terms of weight

However when I put it on my head, the comfort level is not just a little

it doesn't have the huge clamping force like HE400i

Normally with other phones, you eye glasses bands with be pushed against your head and fixed at one location

but due to the large ear cup and small clamp force, I am able to adjust my glasses with them on, however the small force still present

If I wasn't wearing glasses, I would totally feel like the headphone melts on my head

In terms of dimension, even though both are full size headphone, but HD800 ear cups are wider and longer than the HE400i

When I try to watch Anime while laying my back against the back of my bed with resting pillow, I often find the HD800 hitting the pillow

1, the HD800S smooths out the somewhat piercing sound in the treble area

虹の音 - 藍井エイル | Shirushi - LiSA : not sure if I can describe well, if you have heard both sounds, you would know the first song has a climax (high point) and there are two for the latter song, they sound very clear but not over piercing, HD800 reaches that highest treble at the exact right point before gets annoying

So in the end, my favorite female vocal tracks sound very much alive and lovely satisfying 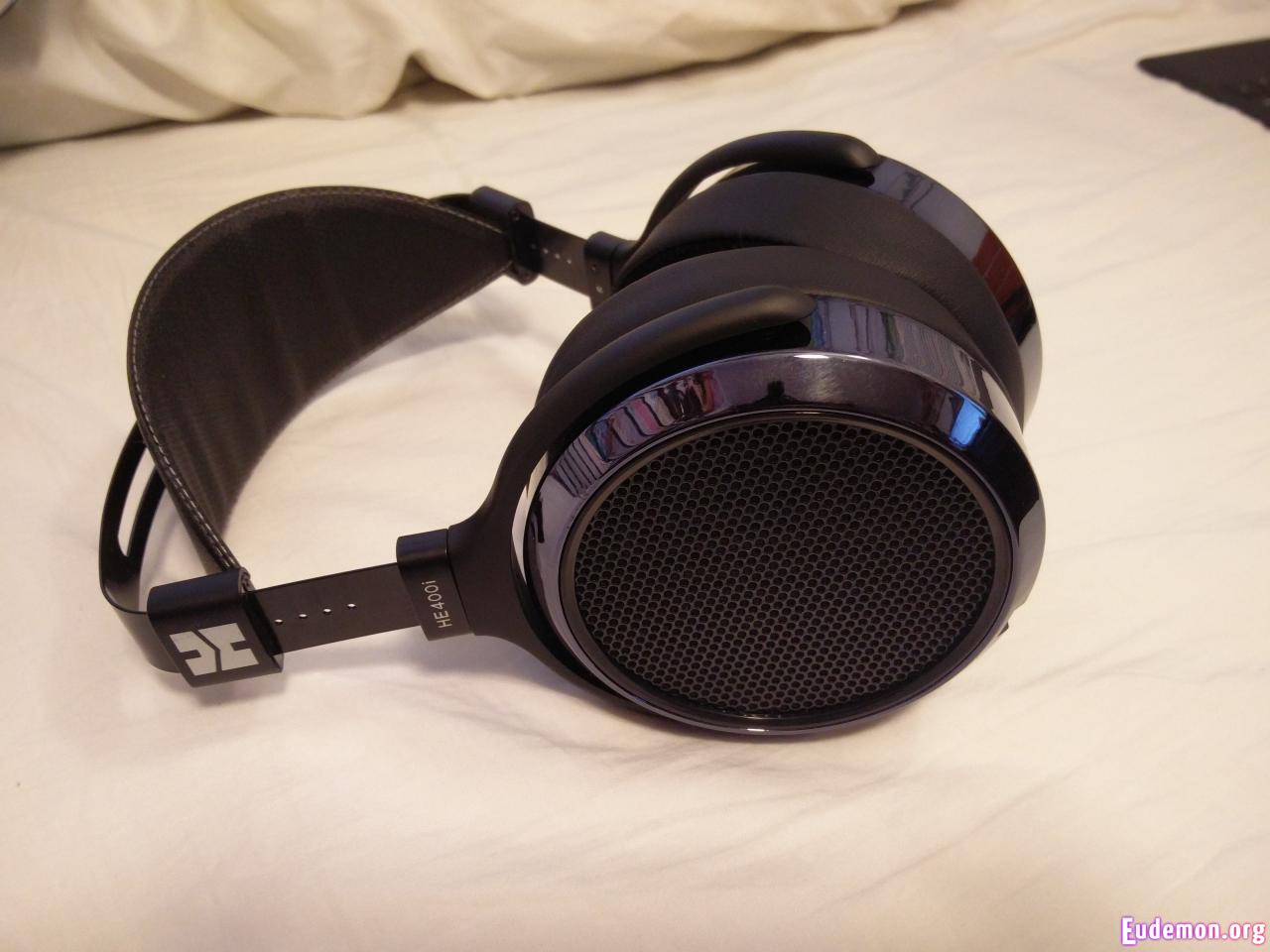 This is somewhat not true, at least to this date, Fostex has some sub 300 level planar cans that are beloved by modding community, although you can't find anything planar lower than that, that's why I said "somewhat", the price level is subjective after all

Again, like the previous one, this is not very fair comparison because their price point is at different level

due to this sound signature, it is very good at genres like rock, jazz and male vocals

Being a planar headphone, BASS of HE400i is in a huge lead does not come as surprise to me

However, in contrast to the above difference, the highs of HE400i do not wow me

It has very good clarity, but the female vocals sound flat, there is not particular bright point

The sound stage is tight, especially after tried HD800

In terms of comfort, I think the AD900X wins here by being a much lighter headphone

as I didn't feel any clamp force from the pads 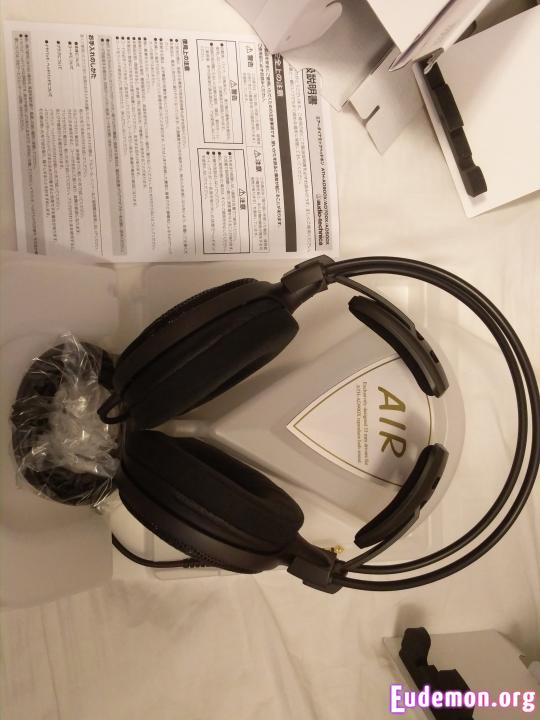 Due to Japan's pop and Anime culture, most of the Japanese headphones I have heard have done a wonderful job on trebles

Among all those Japanese headphone companies, Audio Technica still stands out to be the top in regard to special tuning for female vocals

Like the HE400i, the AD900X is particular good at certain genre of music (e.g Anime, female vocal, Orchestra)

Due to the nature of open back design, AD900X lacks bass

The highs sound fun, but low and mid are medieval core

Because the nature of its sound signature, AD900X can be little fatiguing when listen over long period of time

In terms of comfort, I think the self adjusting headband has done an amazing job

The headphone feels plastic, but it is understandable for this price range

In other words, AD900X has very wide sound stage as one of the selling points for its price 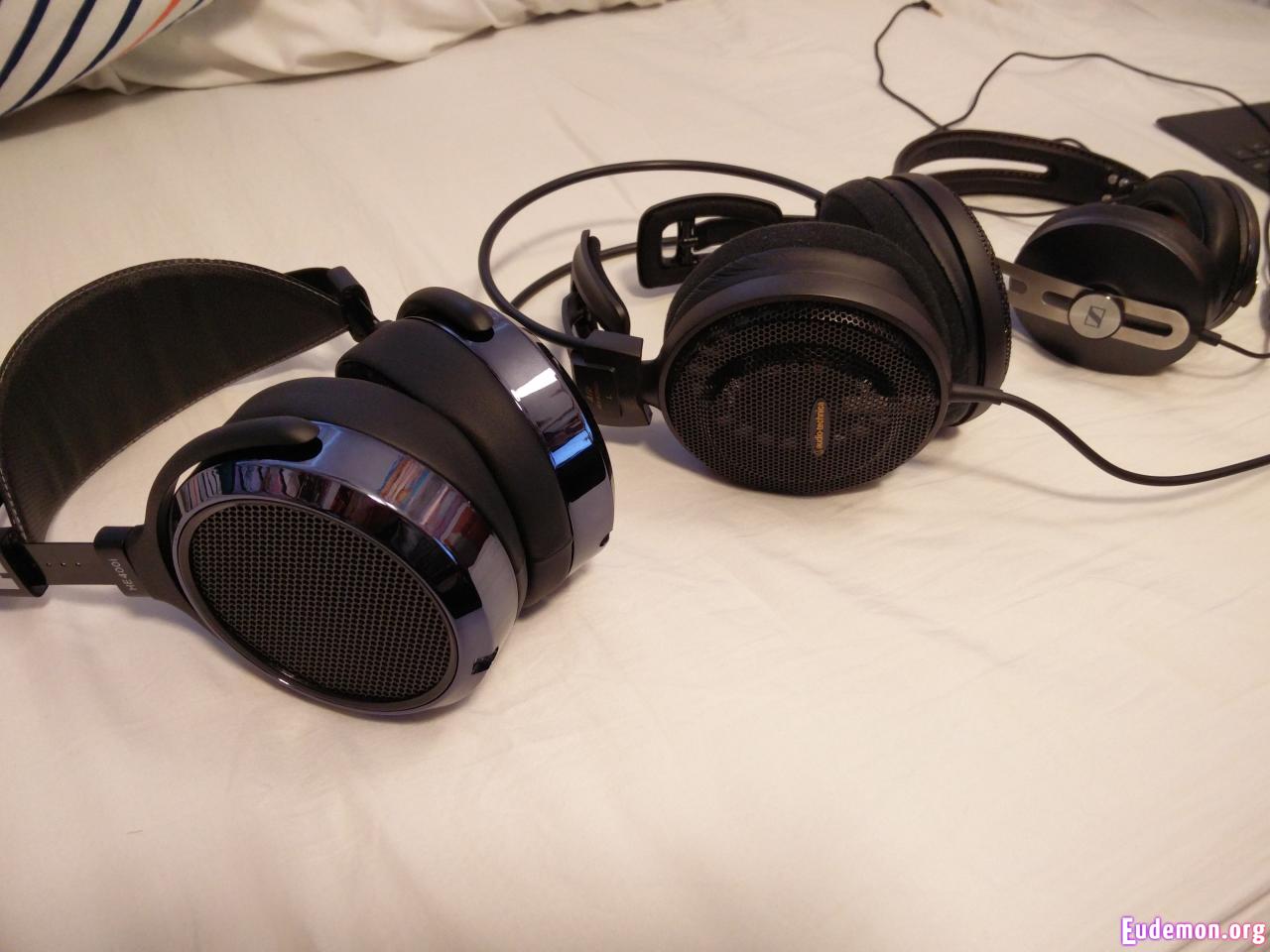 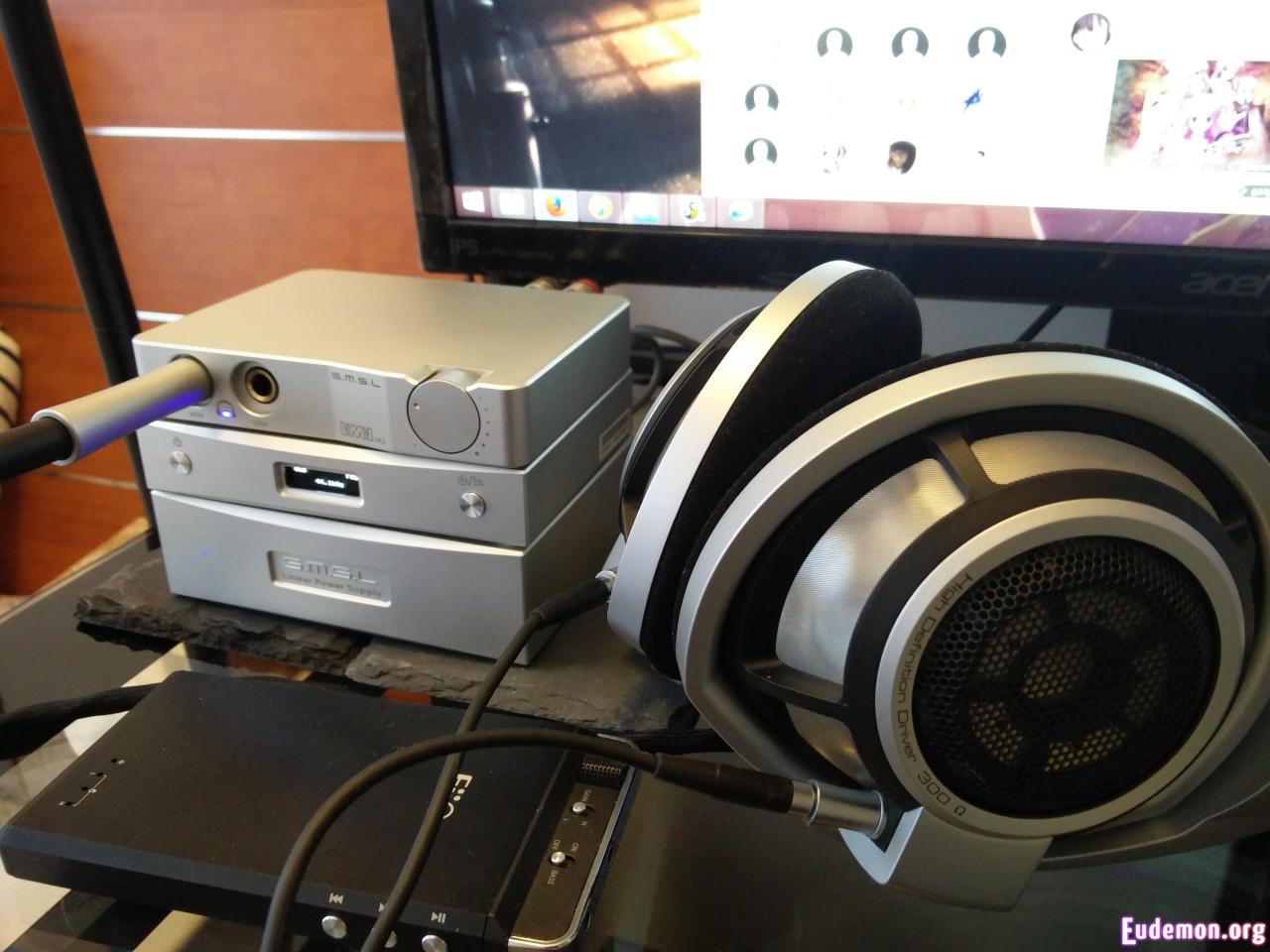 In the end, I have settled with my HD800, is it worth? you might ask

All I can tell you is, this picture summarized my feeling when I put the cans on 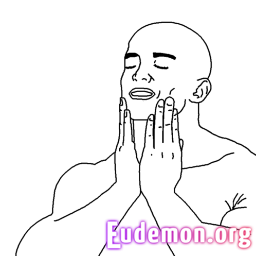 I am planing to purchase desktop VR, can't wait to combo it with the HD800