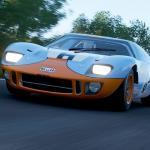 Replaces Test Drive Unlimited's UI sounds with the sounds from the PS2 port when applicable. For those who want a different soundscape, or want more of the PS2 menu experience.

If you use another countdown replacer mod and wish to keep it, you will have to add them to this file with TDUMT. If you don't know how, there's instructions in the Readme. This file contains a version with my Gran Turismo countdown replacer in it.

Preview (From a work in progress version. Contains most of the prominent sounds. will make a proper one soon)

If you spot any missing/out of place sounds, feel free to report it. I'm unsure if I'll be able to get some online-exclusive SFX though, if there are any.

Redwave's PS2 menu music. Because TDU PS2 has an awesome soundtrack, and this mod goes hand-in-hand with it.