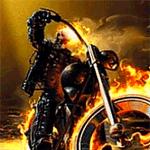 This configurator allows you to change and configure the game settings that are in the game files and are not available in the menu.
The configurator and the accompanying programs are suitable for the latest official build of the TDU2 game, as well as any amateur build on this version of the game.

In addition to the ability to configure base game files, the configurator contains some additions to the game, such as:
- Camera Hack - allows you to adjust the position of the camera in the game online.
- SweetFX 2.0 - customizer for some aspects of the game graphics.
- ReShade 4.3.0 - a more powerful (and resource-intensive) customizer for some aspects of the game's graphics.
- 4Gb Patch - Allows the game to use more RAM.
- CPU Control - allows the game to run on all or only selected processor cores.

Read more in the readme in the configurator archive!

Configurator installation:
1. Unpack the archive and put the "! TDU2-RS Game Configurator" folder in the root folder of the game.
2. Readme MANDATORY! All the configurator's features are described there. So far, readme is only in Russian. If there is anyone who wants to translate the readme into English, then I will only gladly accept your help!
3. Later, I will create a topic in which I will show everything in the video tutorials.

- New configurator for the game (after installation, you will need to go through the batches of interest again for the new items to take effect):
* added with new SweetFX preset;
* added new AI for bots (read readme);
* traffic is now completely opaque for bots and now they will never go through it;
* fixed and changed configs of difficulty levels (fixed errors of the previous version) and gameplay in general (free teleport included);
* completely redesigned Ultra Maximum level of graphics in the game settings in order to optimize and improve the picture;
* added the latest version of KamHak 1.4 (for descriptions and features, read the configurator readme).