Jump to content
We promise no intrusive ads, Please help keep the community alive
Consider supporting us by disabling your ad blocker / add to whitelist / purchasing VIP.
How to upload mod

Test Drive Unlimited 3 On the rails !

Top Posters In This Topic

I do hope TDU3 comes. I've just installed TDU1 after months maybe even a year and love it just as much as the first time I played it.  It's got me wanting to make a mod.

I'm trying to not get to excited but it's a struggle. 😁 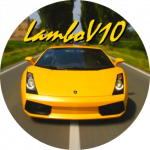 I really hope the rumor that TDU3 might be revealed tomorrow turns out to be true. TDU1 is my favourite racing game still to this day and i've been waiting for TDU3 for literally ages. I've even