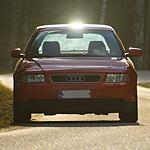 Slightly Mad Studios' Project CARS just keeps growing as Audi has just been announced to become the latest brand to join the community-assisted simulator! As many as six Audis are joining the game, including the latest rendition of their supercar: the 2013 R8 V10 Plus as well as its big brother, the 2013 R8 LMS Ultra GT3, which will challenge the recently announced Bentley amongst other GT3 racers. The 1989 90 IMSA GTO is a beast that could prove to be tough but rewarding to control and it will surely find its own fans. Le Mans heritage is not forgotten as included are both the 2002 R8 LMP900 and the 2011 R18 TDI LMP1, both of which have shown their domination at the track. Last but not least is my personal favourite, the small 2012 A1 Quattro - a 256hp version of Audi's tiny A1 which I'm really eager to test!

All of these cars will surely be great fun to drive and they'll be hitting the tracks in Fall 2014 when Project CARS is released for the PS4, Xbox One, SteamOS, Wii U and of course PC.